View Tour Dates
A staple of the Toronto scene for over a decade, The Anti-Queens are an ultra hard-working, punked up rock n' roll quartet of super high-powered women who give the male-dominated music industry a run for their money. They've become infamous in their hometown of Toronto for their insanely high-energy, take-no-prisoner live performances.

The Anti-Queens are gearing up to release their second LP in 2023 - produced by Dave ‘Brownsound’ Baksh & Steve Rizun. The band has previously self-released two stellar EPs (Grow Up/Stay Young and Start Running) and released their killer full-length debut on Stomp Records in Fall of 2019.


"the band brought the energy and rallied the assemblage with thirty minutes of blistering garage punk fit for any early ’90s college basement show.” - Razorcake

"One of my favorite revelations was the Anti-Queens, a 4 piece all girl band from Toronto. They were a throwback to the golden days of pop punk, reminding me of fellow Canadians Liveonrelease. I always appreciate a band who you can tell is really having fun on stage." - Montreal Rocks 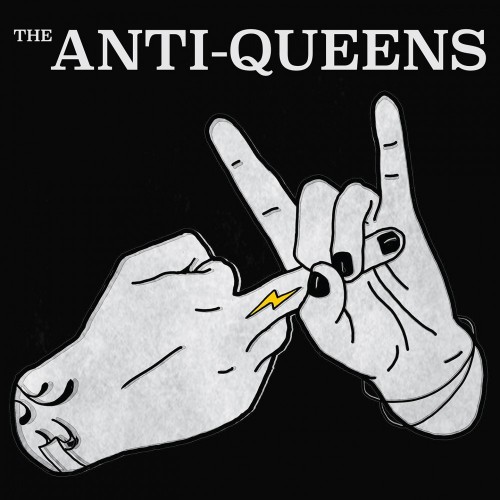