Ripcordz formed in the depths of a suburban Montreal basement in 1980. After a few years of playing other people's basements, dives, and parties they decided to emerge and try and change the face of music as we know it. Maybe they fell a little short on that one, but they had a lot of fun trying -- and still do.

Over the years they have released 15 full-length albums and played about 3,000 shows (they stopped counting somewhere in the early 2000's). Ripcordz first hit the road in a big way back in '92, heading out to Vancouver and back, playing shows wherever they could find them. That quickly turned into an annual event of 26 shows in 26 days, with the band doing 15 cross-Canada tours in the 90's and 00's. Ripcordz' audience grew over the years, and the band itself grew up alongside a whole generation of Canadian Punks. The sound is straight-ahead Punk rock, heavy on distortion, sarcasm, and even a little social commentary. Their influences range from hardcore Punk and metal to rockabilly, and even a little pop.
It's been a while since Ripcordz have released an album on vinyl. A quarter century to be exact. When Ripcordz do something, they like to overdo it. So when it came to releasing a Greatest Hits package, they went the extra distance. "The Vinyl Countdown" spans thirty years of releases, with the 33 songs (at 33 RPM) taking up two albums. For those buying the vinyl, but who don't own a turntable, digital download is included. And on top of everything else, there is a bonus CD included, featuring nine Christmas songs the band has written over the years, ending off with their take on "Auld Lang Syne." Just to push things that much over the top, there is also a 24-page colour booklet. It includes not only lyrics, but also photos, anecdotes and posters from the band's 37-year career. It even includes a band family tree. The gatefold cover also features the band's trademark collage of fans and friends from over the years.

The band's straight-ahead Punk style has been described as everything from "Punk ' Roll" to "Streetpunk" to "Kidnoise". But they claim simply to be the bastard child of Rock 'n Roll, aiming to annoy a whole new generation of parents. And while this is a bit of a look back, it's also a look forward with three new songs on the album. A must have for any fans of punkrock and collectors alike. 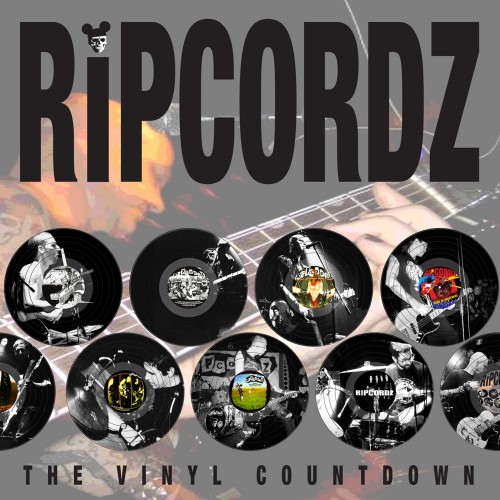