View Tour Dates
Los Kung Fu Monkeys are a ska punk band based out of Canada and Mexico . Formed in 1997, when brothers Tarek and Hassan Limas and Bernardo Leos joined their talents and forces to start Los Kung Fu Monkeys. That same year the band recorded their first three-song demo which included songs like "Consecuencias" based on the excess of uncontrollable youth, costing them 10 dollars to record each song, and opening the doorway to being one of the top local and regional bands with such a loyal following that it caught the eye of Los Angeles-based now defunct label ONE SHOT RECORDS, who released their first album Rebuilding the World recorded in Love Juice labs in Riverside, California, U.S.A. in 2000. With the release of Rebuilding the World in 2001, they were brought to the attention of an international audience that it became the precursor and the beginning of what would be the path to endless touring throughout the world, starting their first with Union 13 (Epitaph Records) all over Mexico in 2001 with a sold out concert in Mexico City for more than 2000 people.

Till this day Los Kung Fu Monkeys has toured in over 15 countries all over the world, Headlining, and also sharing the stage and bill with all the greats in the underground as well as the mainstream markets, mythical bands like The Misfits, Moby, Panteon Rococo, Mad Caddies, Voodoo Glow Skulls, Fishbone, Madness, The Toasters, The Aggrolites, NOFX, Dropkick Murphys, Enrique Bunbury, the Planet Smashers, The Adicts and many more. 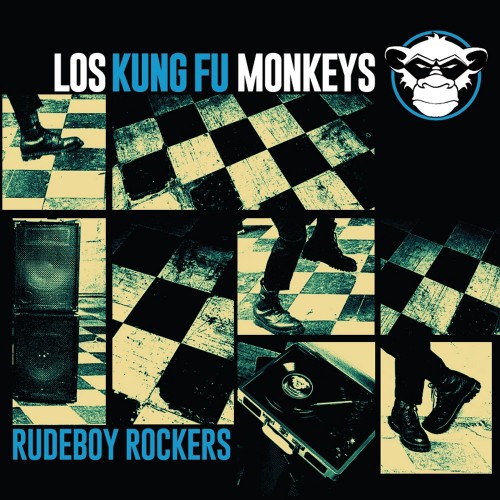