Since taking the Canadian Punk League by storm in 2006 and delivering a string of clutch singles, the Isotopes have garnered a reputation as wily and relentless underdogs. Pioneers of the baseball punk genre, the club's gritty, no-bargain brand of 100% juice-injected baseball-themed punkrock has earned them faithful legions of fans and Juiceheads worldwide.

In 2012, after more than 20 line-up changes, the Isotopes finally hit their stride, filling out a full road schedule including a Canadian tour with Off With Their Heads, appearances at Ottawa Explosion and PouzzaFest, and chalking up Ws at home VS legends like the Queers, Hanson Brothers, Zeroes, Methadones, Teenage Bottlerocket, Chixdiggit, Pennywise, Swingin' Utters, Agent Orange and Richie Ramone. It was the club's first .500 season and 2013 was on course for a repeat, when the Isotopes were hit with a season – and possibly career-ending blow that saw Evan October and Dallas Duststorm ejected and banned from the USA for touring without green cards.

Down in the count but never out, the original bad boys of summer took 2014 to dust off and rebuild, releasing a singles compilation, The First Four Seasons on 643 Records and Red Scare Industries, and inking a deal with Canadian heavy-hitter, Stomp Records to release their debut full length in what projects to be a contending 2015 campaign.

Speed: check. Guts: check. Steroids, chicks, God shout-outs, Espanol: check, check, check, check. Evan October and his all-star Isotopes line-up featuring Trevor Uppercutz of Nervous Talk on drums, Vlad Zak of The Real McKenzies on bass, and a special pinch vocal appearance by hall-of-famer, Blag Dahlia of The Dwarves, are back to deliver hit after hit of pure baseball punk gold on Nuclear Strikezone. With more pop than George Brett's Louisville Slugger, and a tip of the cap to punk legends like the Adolescents, Dickies, Buzzcocks, and of course – the Ramones, Nuclear Strikezone hammers the Isotopes' classic old-school pop punk sound, and gives Juiceheads world-wide a new soundtrack for socking dingers all season long.

The Isotopes are back and about to step up to bat in fine form with their new album, "1994 World Series Champions" - A 10-track collection of blazing, baseball-inspired, hook-driven pop punk.

The new album sees the Isotopes link up with Destiny Records in the UK and Europe, along with long-term teammates, Stomp Records in Canada/US.

Truly operating like a punk rock all-star team, the Isotopes have seen over 40 players come through their ranks, including members of the Real McKenzies, Exploding F**k Dolls, Vibrators, DOA, Nervous Talk, and Dee Cracks, none of whom have played every show.

The club's show-must-go-on ethos was famously put to action during a 2013 US tour, when singer, Evan October was detained at the US border and refused entry to the United States. Acting quickly, the 'topes reshuffled the line-up and guitarist Dallas Duststorm stepped in on lead vocals.

Subsequently, October and Duststorm were slapped with 5-year bans from entering the USA – but instead of hitting the showers, the club took a season to rebuild, and focus on dominating their home turf in Canada. Buoyed back into contention by signing to Stomp Records, the original bad boys of summer released their critically acclaimed, debut LP, Nuclear Strikezone, which features – amidst a barrage of hits – a cameo appearance by hall-of-fame ringer, Blag Dahlia of the Dwarves.

For those keeping score at home, the 'Topes have shared the stage with some of the stiffest competition in the game such as: CJ Ramone, Pennywise, Off With Their Heads, ToyGuitar, Face To Face, The Real McKenzies, The Queers, Hanson Brothers, Zeroes, The Methadones, Teenage Bottlerocket, Chixdiggit, Swingin' Utters, Gob, Agent Orange, Richie Ramone. 9/10 opponents agree – the 'Topes are a force to be feared.


"It makes the most sense that only a bunch of Canadian dudes would be cheeky enough to take it upon themselves to start a baseball themed punk band and do it well. If you’re a fan of baseball, fast orgcore punk music and game day helmet nachos (who isn’t) then Isotopes’ 1994 World Series Champions is for you." - New Noise Magazine

"In an over saturated genre full of plenty of unnecessary filler, The Isotopes manage to stand out, both because of their love of baseball and their well crafted songs." – Punksite

"…a wonderful introduction to Vancouver's the Isotopes and I'm happy to add it to my collection." - Beatroute
Contact
Press
Stomp Records
Mike Magee: mike@unionlabelgroup.com 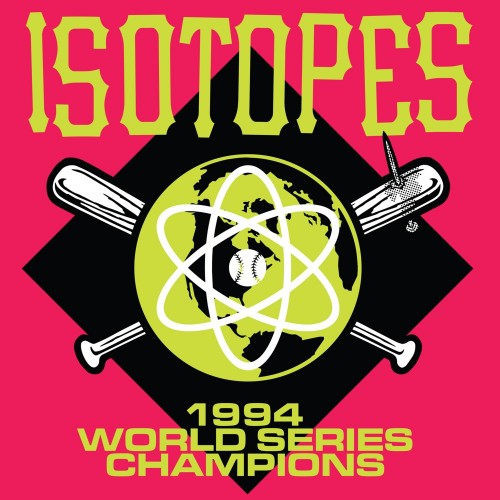 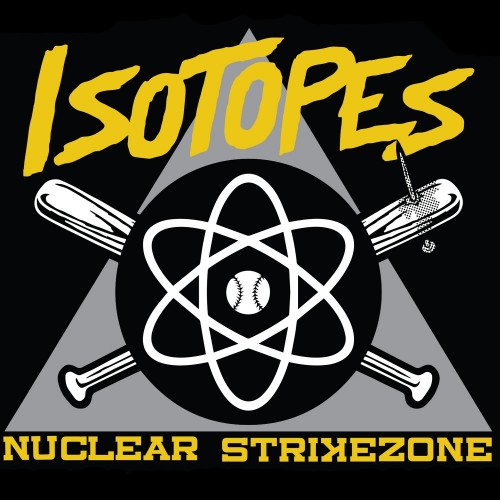