Sometimes things don't turn out the way you planned. Sometimes you have to make the best of it. Sometimes, you just have to Get Alright.

Get Alright, the debut album from Montreal's The Fundamentals, hits hard with grooving rhythms, powerful horns, and charging choruses. Tracks like "Gone", "Forgiveness", and the title track echo the fun and heartfelt ska and soul of the past, while others such as "Promises" and "St. Dominique" display their creativity within the genre while remaining true to its roots. With the help of producer Mitch "King Kong" Girio (King Apparatus, The Kingpins), The Fundamentals have crafted a record that's sure to make waves within their scene and beyond.

Since forming in 2008, The Fundamentals have worked tirelessly to bring their unique sound and exciting live show to audiences everywhere. Their music recalls the rhythms of 1960s Jamaica, with roots firmly planted in the traditions of early ska, rocksteady, and reggae. The seven-piece ensemble combines these influences with an abiding love of blues and soul, and an attitude that is pure rock'n'roll, making sure every audience member and listener has an unforgettable time.

Known for their energetic and engaging live performances, The Fundamentals have shared the stage with many notable international acts, including The Aggrolites, Catch 22, Mustard Plug, and The New York Ska Jazz Ensemble; they have also played with top Canadian acts The Planet Smashers, The Creepshow, The Afterbeat and Subb. They have been featured at several festivals, including POP Montreal, the Victoria Ska Festival and the Montreal Ska Festival, and headlined the Ottawa Ska Festival and Owl's Head Festival in Mansonville, QC. Their reputation as masters of versatility and improvisation led to them performing as the backing band for New York ska legend King Django, a role they reprised for Jamaican-Canadian reggae star Vernon Maytone.

Summer 2011 saw The Fundamentals head out on their first national tour to promote their self-produced, independent release, Leaving Me Behind. While opening shows for Slacker's front man Vic Ruggiero and Australia's The Resignators, they captivated audiences and expanded their following from coast to coast. For their second national tour this summer, The Fundamentals will be supporting Canadian ska legend Chris Murray, pulling double duty as both the opening act and his backing band.

With a powerful debut record and a stunning live show, The Fundamentals will leave your head humming and your ears satisfied. 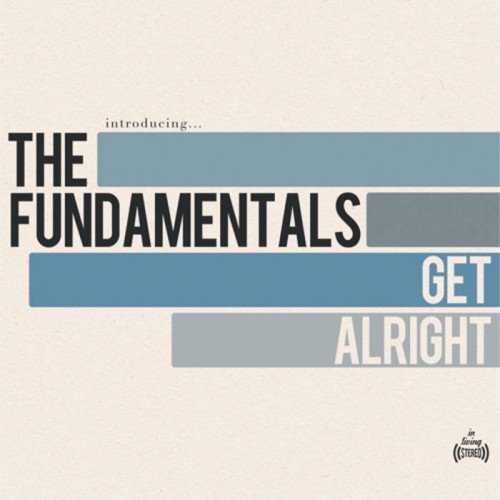