Duotang is Rod Slaughter on bass/vox and Sean Allum on drums. Pure and simple.

Formed in the summer of 1995, this 2-piece powerhouse's brand of upbeat mod-rock and post-punk quickly carved out an impressive notch in the Canadian indie music scene. In March of 96' (just one short year later) Duotang signed to famed Vancouver independent record label (and good buds) Mint Records. Over the next 5 years, Duotang released three critically acclaimed albums: Smash the Ships & Raise the Beams (1996), The Cons and the Pros (1998) and The Bright Side in 2001. All three topped the Canadian campus and community radio charts and allowed Duotang to tour extensively across Canada, the United States and Europe. They shared the stage across Canada with The English Beat, landed the cover of Exclaim magazine and in 2002, won the Prairie Music Award for Best Video for "The Evidence Comes From All Directions".

In 2002 the duo decided to take a quick break from their 7 year whirlwind career – a break that somehow ended up lasting for 12 years. In December 2014, at the request of Mint Records, they reunited for a wild anniversary show in Vancouver and followed it up with a sold-out hometown show in Winnipeg. With renewed vim, vigor and crop of new songs, the duo went on to play to capacity crowds at the Winnipeg Jazz Festival, Calgary's Sled Island, NXNE and Edmonton's UP&DT Festival.

And now, filled with a renewed passion and 15 years of pent up artistic creativity, comes Duotang's latest offering "New Occupation" dropping this fall on Montreal's Stomp Records (that's us). Opening with a tongue in cheek ode to the reunion, "Nostalgia's a Vice" the 12 track album is the group's best material to date. Other notable tracks include the sing-along "Karma Needs to Come Around", the rocking "Bastard Five" and the mod-influenced "A Suitable Distraction". Simple, honest and extremely charming, Duotang's new album marks a dramatic return to form from this exceptional Canadian band.

"When Winnipeg two-piece Duotang first arrived on the scene in 1995 wearing suits with stovepipe trousers and skinny ties, they never expected to become one of the poster bands for Canadian mod-pop." – Beatroute

"Having proven themselves road-worthy over several years of good clean work and hard living fun, the Duotang duo of bassist Rod Slaughter and drummer Sean Allum took a much needed hiatus. Slaughter rediscovered his pop muse with Winnipeg super-group Novillero, and now the most stylish men in Canadian rock get back in the saddle with a new album." – EXCLAIM

"The frankness of Slaughter’s lyrics, matched with the dry, up-front vocals work perfectly with the simplicity of the music. With “New Occupation,” Duotang remind us that sometimes less is really more" - Discorder 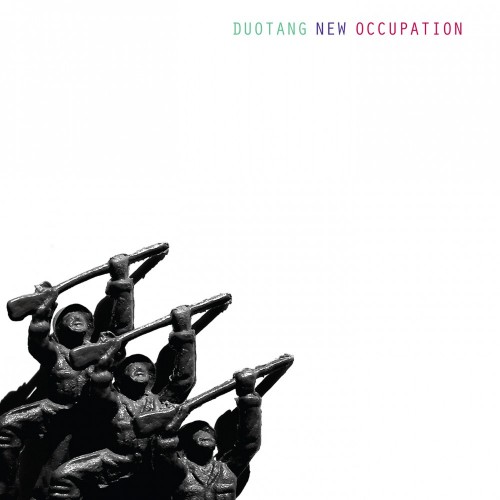