The Aggrolites are more than a band. They are a movement unto themselves. They carry a banner - one created with their own hands. The banner reads "Dirty Reggae" and represents their unique signature fusion of reggae, soul, grit and determination. For seven years this motley bunch has rolled from city to city, across the pond and up main street USA. They rally the kids, the parents, the students, the cops, the bosses and the drifters. The people come, they relish in the sound that is The Aggrolites, the dirty reggae and the joy that comes with it all. The liberating rhythms and catchy grooves always demand a return trip.

Now the heavy Aggrolites beat is back and in full-effect with "Rugged Road". The recording sessions took place at Young Cub studio headquarters in Boston, with Craig "DubFader" Welsch (Slightly Stoopid, John Brown's Body) at the controls. Jeff Roffredo (bass) sums it up nicely; "We wanted to lay down these new rhythms on reel to reel tape, playing all together in one room to create a vibe that can't be copied by any of the newest advances in recording technology." Comprised of old-school instrumentals laden with simmering keys and driving rhythms, topped off with the Aggro's signature soulful dirty reggae vocal tracks, Rugged Road is set to cause a ruckus on the scene. 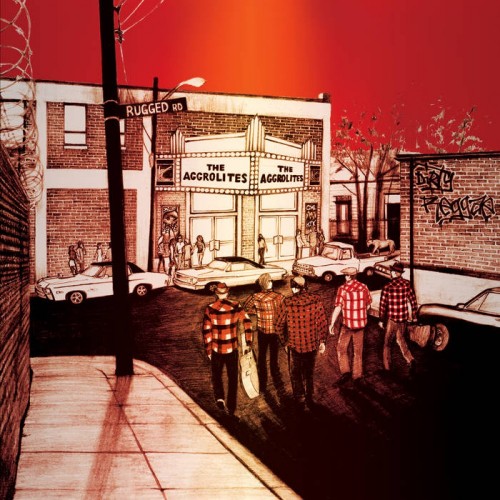